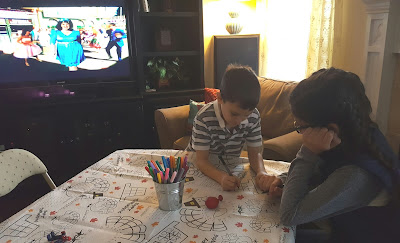 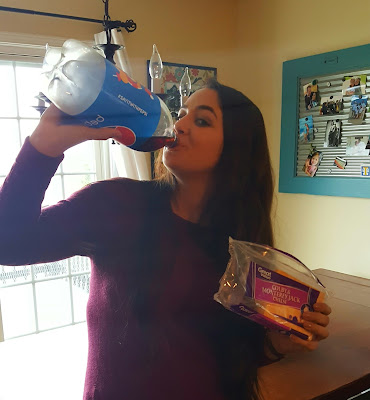 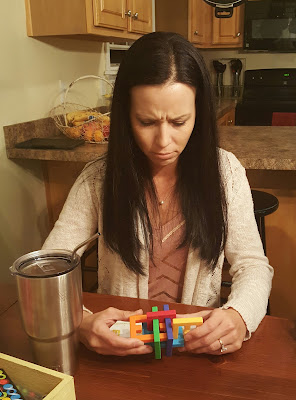 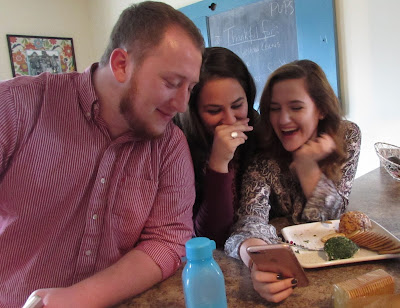 Our morning started with the traditional Macy's Thanksgiving Day parade while the kids colored. Texts of family on their way signaled a timeline for appetizers and main dish preparations. The day was full of family gathered primarily in the kitchen laughing and reminiscing. There is a reason this is our favorite holiday. 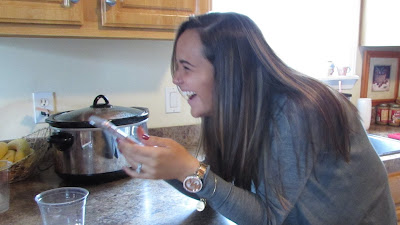 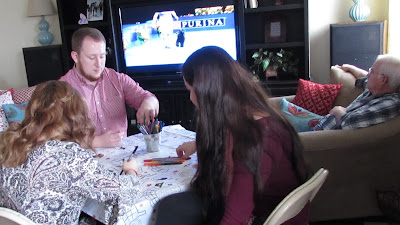 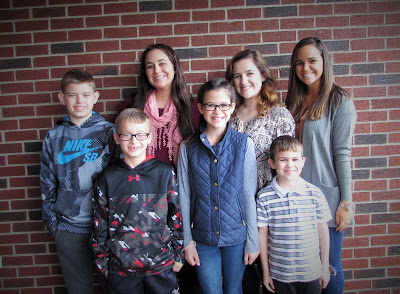 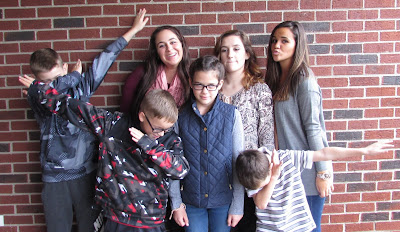 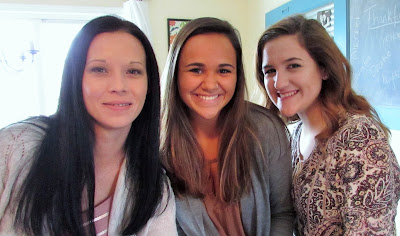 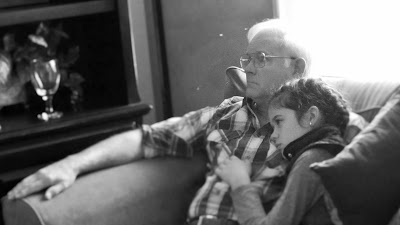 She doesn't miss an opportunity to find her way into his embrace for some cuddle time and today? She napped there. I don't blame her, that was my spot for many years too. 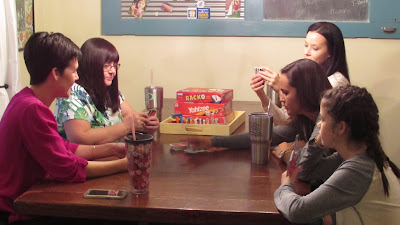 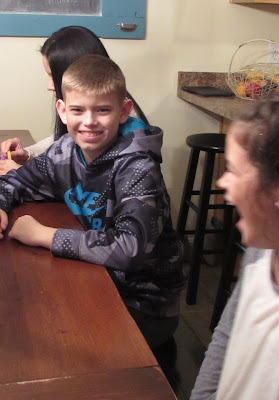 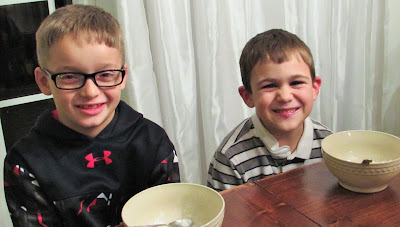 Dessert options brought us all back to the kitchen just hours after dinner where games were played for hours and stories were shared. We are so blessed. The fact this was likely our last Thanksgiving with Lauren for a few years wasn't lost on us so there were some tearful embraces. We face timed with Taylor who was beyond missed as he has been gathered with us the last two years.
Posted by Baughman Family at Thursday, November 24, 2016 1 comment:

Life with Kids and Mammograms

I met my bible study partner on Thursday night. But this week we didn't study. We ate junk food and lamented life with kids. God was with us because neither of us hurt our children this week and that can only be credited to the Holy Spirit himself. There are theories out there about the full moon making people crazy. A super full moon would explain a few things 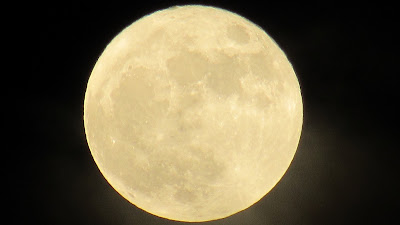 I mentioned my morning was spent with Makenna's surgeon followed by routine blood work for me and finally, my first mammogram. She offered to buy the wine. I waved her off, "No, really. This was the most relaxing day I have had this week." The dumbfounded expression on her face revealed just how desperate that sounded. Welcome to my world. It is glamorous. 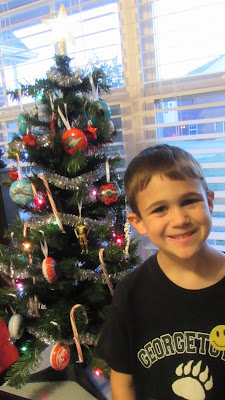 Ty decided earlier this week he wanted a Christmas tree in his room. And then he busted out in excitement how he needed an exploding death star tree topper! Hmm........as it turns out, I wasn't able to locate that particular item. But a Star Wars theme was pretty easy to pull off. I surprised him with the tree and ornaments after school on Friday. He was so excited, he kept pulling people in to see his tree in different lighting. His enthusiasm is almost contagious. However, I won't be decorating the rest of the house until at least after Thanksgiving. 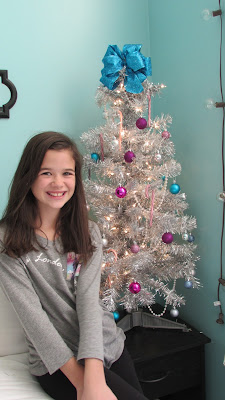 Kate is pleased to have her tree back up and chose to simplify the decorating. The creation is her own and she his happy with the results. Sharing with her brother the last few years left her less than thrilled with the overall effect. Super heroes and tea sets don't mix well enough for our little designer. 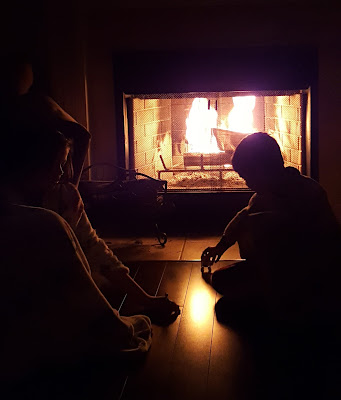 Friday night we lost power during our traditional Friday night sleepover so the kids didn't notice until very early Saturday morning. We had our first fire and a quiet morning so it wasn't bad at all. I would have embraced it a bit more fully if I had a tea kettle I could have kept on that fire but we were otherwise happy to snuggle together around the fireplace. Of course our little idea guy thought roasted marshmallows would be perfect. It was six thirty in the morning. He remained disappointed because nothing disturbs peaceful mornings with kids quite like sugar for breakfast.
Posted by Baughman Family at Sunday, November 20, 2016 No comments: 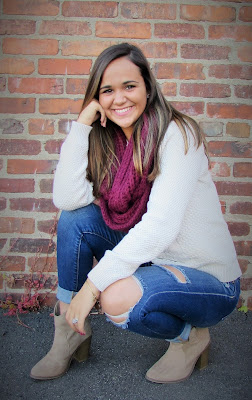 For her birthday, she requested homemade chicken and noodles and a blizzard cake from Dairy Queen. I not only honored both requests, but I bought additional noodles and filled a jar with all the seasoning she would need to make the next batch in her new home in Texas. 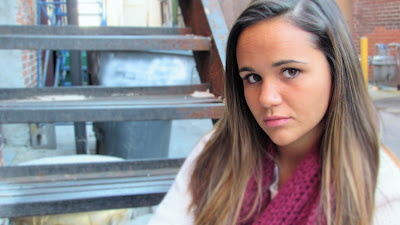 She is excited to be planning her home with Taylor. They selected new bedding and have chosen bath towel colors. Pots and pans are on her Christmas list. She is a grown up now. 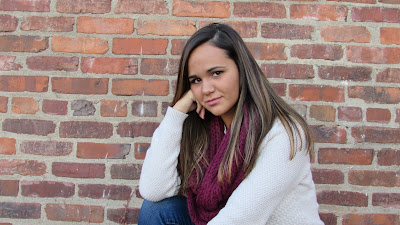 It is a bit surreal for me as her mother to be planning to send her on an adventure that doesn't include me. Frankly, our last couple of years together have been a joy as she has matured and grown into more than my daughter. She is my friend. 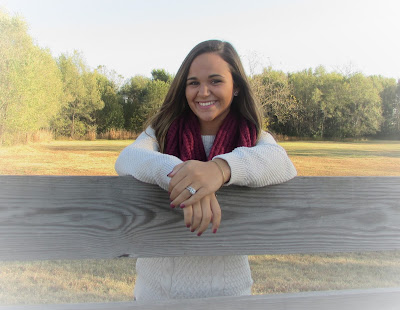 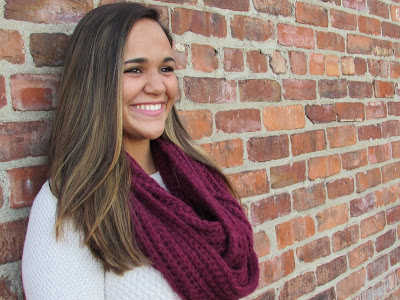 I have heard it said that insanity is repeating the same action repeatedly expecting a different result. So I ask, why do I clean the house and specifically the sliding glass door? Every day. Every stinking day. I am crazy. This is why. 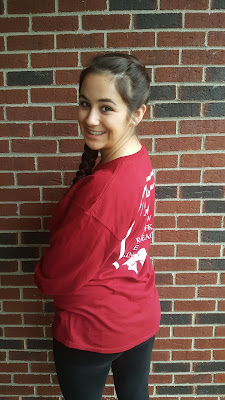 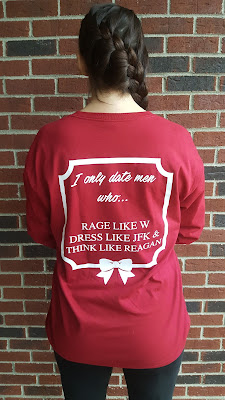 So far this month we have watched the world lose their collective minds over an election that was a disaster from the word go. No one with integrity wants this gig anymore and who can blame them? A social media break is in order for me because I have a tough time watching people I love behave so poorly. I work with preschoolers daily and they get time outs for far less. Everyone needs to calm down already. 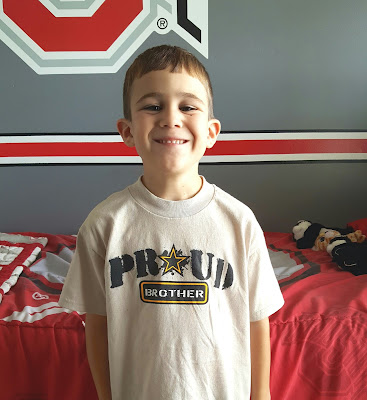 I had my first physical in over a decade this week. My resting heart rate is 62. The doctor asked if I am an athlete. I laughed, "Nope. I am a mom." 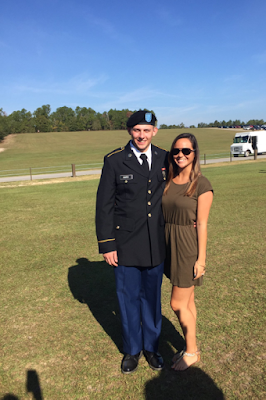 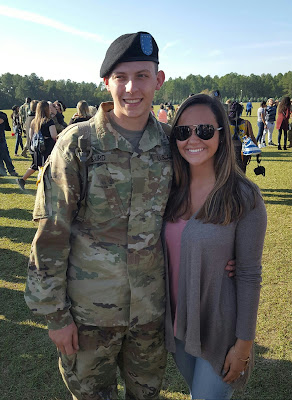 Lauren got to see Taylor graduate from Basic Training. The visit was so good for them. He is now in Texas making arrangements for her to join him just after Christmas. My heart is torn between excitement for them as a couple and the desire to hold her close.

Growing up a military brat meant our neighbors were often as close as cousins. We made family units based on proximity since we were all literally in the same boat, away from family. Life on a military base is what real community looks like. We came from all nations, walks of life and experiences but took care of each other regardless of those differences.

When we lived in Kokomo, Indiana we had the best neighbors. Darlene was an older girl next door who shared her dolls with me. On the other side of us lived the Krotz family and they lived near us in Nebraska too. Down the road lived the wildest bunch of red headed boys and their free spirited parents. The Souders were always a great time. Across the street lived both Kevin Mosley and Steven Hadley. We all used to throw rocks at each other because we weren't permitted to cross the street without a grownup. It was all fun and games until the day I took aim at a passing car and made contact. That was a childhood moment my parents insured I wouldn't forget.

Growing up with those kids was full of mischief and childhood wonder. Steven was quite the idea guy as most of his games involved a fair amount of danger. I recall one game where we looked for him based on clues he left for us. We located him on the roof. We were four. If I recall correctly, Steven had his stomach pumped a few times that same summer too. His poor mother had her hands full.

Steven was one day older than me and we shared birthday parties a few times. That poor guy got stuck with Raggedy Anne and Andy one year and Holly Hobby another! But cake was involved so as far as I know, he had no complaints.

When we were four, our mothers were close friends who did a lot together. Steven and I talked about growing up and getting married. We even had furniture picked out during a shopping trip. I joked with my parents I should write Steven a gentle let down letter when Greg proposed to me years later.

Steven and his dad visited us in San Antonio, Texas after Steven fell off a diving board and had stitches in his head because a specialist in our area evaluated him. And we got to see him in Witchita Falls, Texas one time too.

Over the years, time and distance we all lost contact. Last year Steven and I reconnected on Facebook. We exchanged humorous memories and our mothers once again reconnected too. In fact all those neighbors just had a collective gathering in Branson in September. I wanted to join them as those families were a vital part of my childhood.

Steven and I wished one another a happy birthday last month with some fun banter about my being younger and him getting another feminine cake.

My mom called this morning. Steven passed away very unexpectedly. I am shocked and sad. I feel a loss despite the years that have passed since we last saw each other. I am heartbroken for his parents, sister and son. I pray he is resting in peace and Heaven is full of Steven's style of adventure and humor.
Posted by Baughman Family at Tuesday, November 08, 2016 No comments: