We are officially into the final trimester....28 weeks today. I saw Cindy, the nurse practitioner at the OB office and things are looking better. The baby is in position and no longer laying transverse which was apparently effecting our measurements. (This appears to have helped my sciatic nerve issue too) His size is now right on target. He didn't like the heart monitor and kept moving away from it which raised his heart rate. According to Cindy, this means he is neurologically developed. Good to know! I have gained two pounds in two weeks....perfect and my glucose numbers are good. She wants me to continue monitoring for two more weeks to make sure there aren't any issues (not what I wanted to hear but I am willing to play along).

Kate has decided that since we aren't accepting "Bear" for the baby's name, she wants us to name him "Mr. Tom" after her favorite Sunday school teacher! It is a good thing she isn't old enough to vote! Ty David, Grant David (which would be Greg's initials), and Nolan Micah are the names on the list.....we have time to make lots of changes. It is a transitional list based on moods, opinions and who's involved in the conversation!
Posted by Baughman Family at Tuesday, April 28, 2009 2 comments: 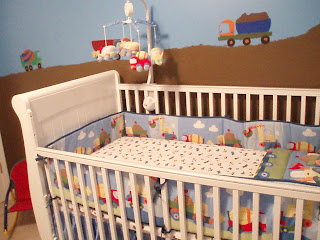 After a somewhat eventful drive home from Theresa's with the crib and changing table in the truck, we have the room completed. We are thrilled with the results. Kate already keeps bringing her stool in to stand next to the crib so she can see where the baby will be.....we are all excited about his pending arrival. 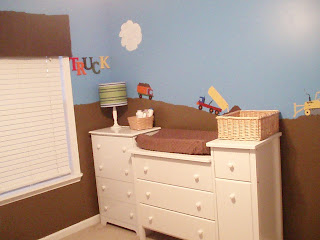 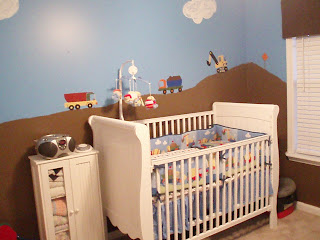 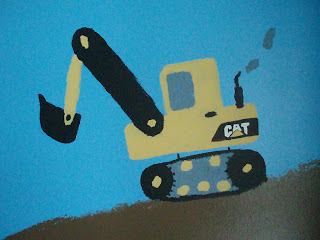 We worked on the baby's room this weekend. I did all the prep work painting dirt and sky. Greg drew all the trucks and the entire family got into the paint...it was a lot of fun. We have a few more additions to make before adding furniture, bedding, accessories and window treatments but we have a great start. 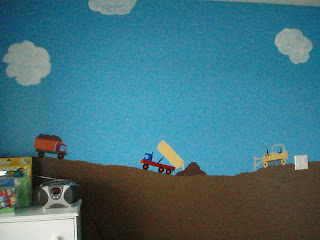 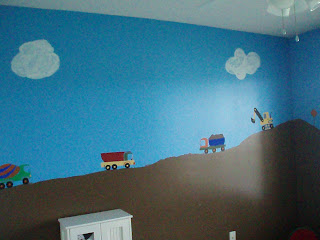 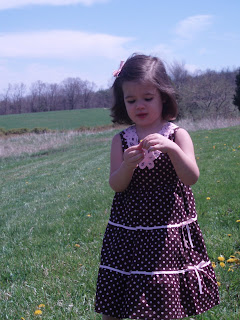 It is so nice to have a quiet weekend planned to celebrate Easter this year. We don't have to travel and we aren't having company for the first time. After the last couple of weeks, the change of pace is welcomed.

I buy farm fresh brown eggs from a local farmer. We started to color our eggs and Makenna declared that she wants to dye hers white so they look "normal". Whatever! 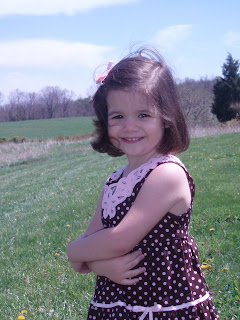 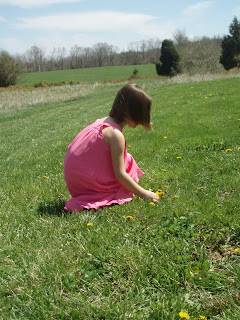 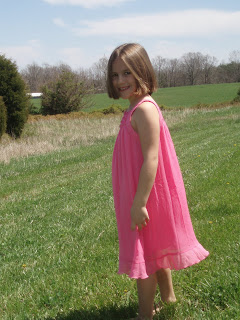 Posted by Baughman Family at Saturday, April 11, 2009 No comments:

"It Happened in a City" 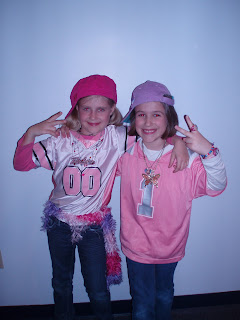 Makenna was able to participate in another play at Hannah's church. She was "story teller #2" and did a great job. She sounded much older speaking on stage as she told the true Easter story of Jesus' death on the cross. The group photo is the entire cast hugging Mr. Troupe who has been a very patient director for the plays. The kids just love him. 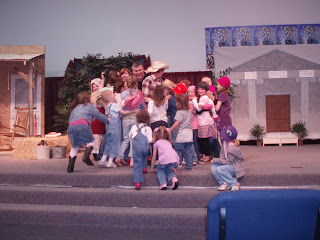 Posted by Baughman Family at Sunday, April 05, 2009 No comments: